Girl Develop It is a nonprofit organization that creates welcoming, supportive opportunities for women and non-binary adults to learn software development skills.

We envision a world where all people are included and empowered in developing the future of technology.

“Girl, Develop It!” began as a call to action for women, by women who were tired of the low representation of women in tech, and wanted to make a difference.

The organization was founded in 2010 in NY with one class that sold out in 24 hours and then organically spread over the last decade. In 2018, we had chapters offering classes in over 60 US cities and have served over 100,000 students nationwide.

In 2020, GDI has pivoted to offer Virtual Classes and is continuing to build our capacity to serve our students during these difficult times. 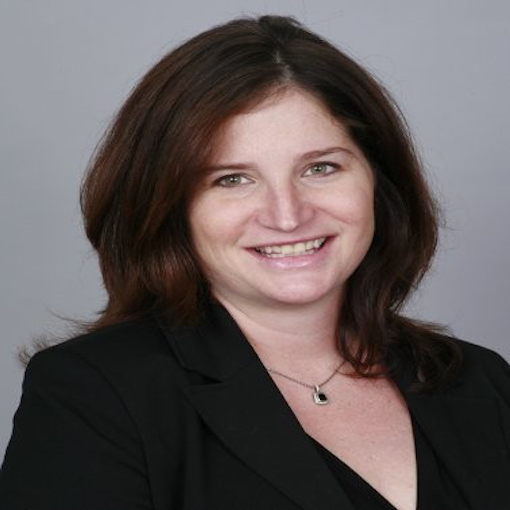 Katie began her career as a Legislative Aide with the Maryland General Assembly. As the Legislator’s right hand aide, Katie served as first point of contact with the general public. Internally, she analyzed critical issues, researched policies and provided ongoing advice, counsel and direction to the Legislator and key policy makers. This involvement with policy and passion for service has set the tone for Katie’s career.

Katie successfully operated her own public affairs and community relations firm and worked with high profile clients like the Pinellas SunCoast Transit Agency (PSTA) and Lyft. Before that she worked for seven years with the Tampa Bay Partnership where she served as Senior Vice President for Regional Initiatives.

Katie rejoined the Best Buddies International team in 2015 as Senior Director of State Operations and was later promoted to Vice President of Mission & Leadership. She worked with this nonprofit in the past (2000-2006), and was recruited back during a pivotal time. During her tenure she lead the new market expansion efforts and established programs in all 50 states, as well as established operations in seven new states. In addition, Kate grew the programmatic reach by 900% in school-based programs and doubled the employment program impact. In addition to the external success, Katie lead internal organizational change by creating and establishing an internal Leadership program, created new metric reporting systems and created the pathway for sustainable program growth.

Katie is a graduate of the Universities of South Florida and Vermont, and holds a Masters in Public Administration. She has completed a variety of rigorous leadership training activities, including a fellowship with the Public Interest Research Group and most memorable is her stint abroad in Harare, Zimbabwe dealing with life and culture in a radically different cultural context.

Brenda Jin is an entrepreneur and software engineer. She’s the founder of Guanyin Labs, a company that’s helping employees reach their full potential. Before that, she taught herself to code in 2013 (with the help of GDI!) and became a Senior UI Developer at Macys.com, then a Staff Engineer at Slack.

Janelle Jolley has a background in journalism and public policy, but eventually found her way to tech after moving to Atlanta and not knowing where to shop. It was there that she founded a marketplace startup, Sidewalk District, as a result of her passion for local independent retailers and their ability to spur economic development in communities across America.

After her tour of duty as a founder, Janelle moved to California and began working at Google. Her background as a founder made her the perfect fit for being a Product Operations Manager leading international and vertical expansion with Google Local Services, a new startup within Google focused on local SMBs.

Erynn Petersen, who is a returning board member, was formerly the Executive Director of the Outercurve Foundation. Petersen is a longtime product and engineering executive, having spent time in her career leading teams at Time, Inc., Microsoft, and Amazon. Petersen said: “There’s an urgent need for the creators of technology to reflect the people who are consuming that technology. I am deeply committed to increasing the ranks of women and non-binary adults in technical careers.”

Kaya Thomas is the founder of We Read Too and a full-time iOS developer. Formerly she co-founded the Zonta Science Camp with the Zonta International Club of New Rochelle where she designed curriculum, facilitated lessons & projects, organized volunteers and mentored camp attendees for over four years. Thomas has been an active volunteer at Black Girls Code for over five years and last year became an active volunteer career mentor with Hack the Hood.

Jeseekia is a Software Engineer for Autonomic's IoT team where she specializes in MQTT-connected vehicles. She is very active in the Detroit tech community where she has been a Chapter Leader for 3 years and is also a co-founder of the Detroit Black Tech group and the trainX.ai program. She co-hosts SheTooSTEM, a podcast and community that highlights the experiences of Black women and their various career-paths in STEM.

Rebecca Sadwick Shaddix has a background in marketing leadership, software entrepreneurship, go-to-market strategy, and tech policy research. She is the Founder and Managing Partner of Strategica Partners, which develops go-to-market and brand positioning strategies for tech companies that have been recognized by Inc., Forbes, TechCrunch, and others as some of the fastest-growing in their sector. She previously served as Director of Marketing at GoGuardian, Inc. 500’s fastest-growing education company in U.S. history.

She was recognized as the Los Angeles Business Journal’s Rising Star of 2019 for her track record leading high-growth strategies at Strategica Partners, and received Special Congressional Recognition from Speaker of the House Nancy Pelosi.

As a Forbes Contributor, she publishes research about the societal implications of advancements in the tech sector, and led the Digital Technologies Initiative at the UCLA Luskin Center for Innovation, launching its Women in Tech initiative. She is an alumna of UCLA and the UCLA Anderson School of Management.