What is this workshop?

This will be a two-day workshop (Nov. 13 & Nov. 14, 7-9 pm) to learn about Docker and containers. No prior knowledge of Docker is required. However, since Docker is a platform to develop applications, this workshop is primarily geared towards folks with prior development experience with building web applications. If you’re not sure whether Docker is relevant or not for you, we recommend that you check the “What is Docker?” page on Docker’s website.

We will see together how to run containers, how to build container images, ship those images from a Docker host to another, and more. The curriculum and materials are the ones already presented by Docker at multiple conferences like OSCON, SCALE, LISA, and more.

• Running a network service in a container

It will be very hands-on: an instructor will explain each chapter, show examples, and then help everybody to run those examples as well and answer all the questions you might have.

If you have zero experience with Docker, we’ll change that! :-)

What do I need to bring?

All you need is a computer that can connect to a wireless network and an SSH client. If you are on Linux or OS X, it comes with a SSH client pre-installed; if you are on Windows, you can use Putty or Git Bash.

That’s all you need! You won’t need to install Docker on your machine. Instead, the hands-on work will be done on remote cloud instances. Each participant will get their own cloud instance (a VM in the cloud!), generously provided by Docker.

“But, I would like some help to install Docker on my computer!” That’s a totally valid request! In that case, you should download Docker Mac (if you're on a Mac!) or the Docker Toolbox (if you're on Windows), and we will help you to install them and get started. (If you're on Linux, you can install Docker natively, lucky you!) However, during the workshop, we will primarily use cloud instances, to avoid clogging the internet connection when pulling and pushing container images.

If you want to continue to experiment with Docker after the workshop, Docker will keep the cloud instances up and running for a while for us.

To get the most out of this workshop, you should have some programming experience. The exact language doesn’t matter: it could be Java, Node.js, PHP, Python, Ruby, or anything else! You should also be comfortable performing basic interactions with a UNIX command-line (navigating around directories, editing files, running simple shell constructs like conditionals and for loops). And basic understanding of networking concepts.

Girl Develop It welcomes all genders and identities to our classroom. By entering this group, all community members agree to abide by our Girl Develop It Code of Conduct. 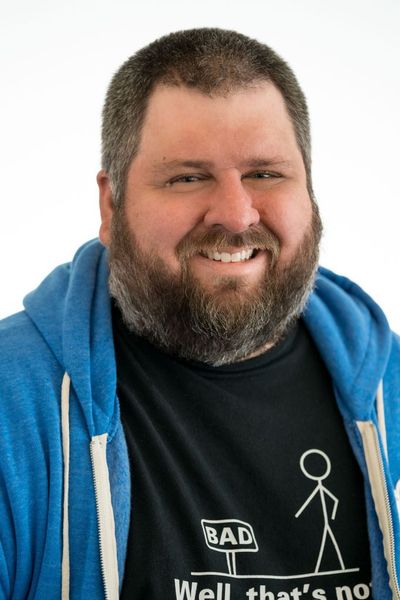 Shawn Bower is a Docker Captain who works as a Senior Site Reliability Engineer that works at the NY Times.  He has been working with Docker since it was released to the general public, and just moved to NYC a few months ago to work at the NY Times.  Before that, he spent 10 years working at Cornell University working with DevOps tools such as Docker, Kubernetes, AWS, and many others.